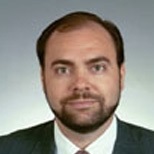 Prior to founding Oban Wealth Management, Tito Sanchez spent five years at UBS Financial Services, Inc. in New Orleans managing a book of corporate retirement plans and individual investment accounts for high-net-worth individuals in the oil and gas business. At UBS, he was the first advisor to open a $1 million account with CDC/IXIS Advisors. In 2006, just after the devastation of Hurricane Katrina, the UBS New Orleans office ranked second only to the UBS Manhattan in revenue.

Tito began his career in investment management in 1994 at the Liechtenstein Global Trust (LGT) asset management division in Hong Kong, where he provided marketing and investment research support for clients with assets under management in excess of $12 billion.

In 2001, just weeks before September 11, he completed a project working for the American Numismatic Society and the Federal Reserve Bank of New York, assisting in the creation of the "Drachmas, Doubloons, Dollars: The History of Money" exhibition, which may be viewed today at the Federal Reserve building in lower Manhattan at 33 Liberty Street.